The Success of Netflix

A congratulations is in order for Netflix, who just recently broke the 100 billion market capitalization mark after beating the streets expectations in 2017. The company announced the addition of 24 million new customers, creating a subscription base of 117.6 million subscribers. In addition, the company’s sales reached $3.29 billion in the fourth quarter of 2017 with a YoY increase of 33% from Q4 of 2016. The company’s blowout quarter launched the stock’s price to an all-time high and pushed the company’s market value to be over 100 Billion, more so than Goldman Sachs and Qualcomm.

The success of Netflix over the last few years is reflective of a massive shift in the way in which people consume media and how technological advances will pave the way for the future. In the first quarter of 2016, Nielsen reported for the very first time that the amount of Subscription Based Video on Demand (SVOD) such as Netflix or Hulu had the same amount of market penetration as tradition DVR based subscriptions. The trend continued well into 2017 as Nielsen reported that 69.5 million households that own a TV also own at least one device that can connect to an SVOD. The greater access to web platforms has allowed Americans to spend even more time with the media over any platform, whether it be TV, digital, or audio content. Americans now spend half an hour more per day than they did just a year ago.

The changing media environment has led many other technology companies to begin transition to more streaming and subscription based content. In the past few years, Hulu, Amazon, and Facebook have begun to create original content for subscribers. Netflix has dominated the market for original content and will look to continue this trend in 2018. Based off the success of popular television shows such as “The Crown” and “Stranger Things”, the company expects to spend nearly 8 billion dollars on new original programming alone. 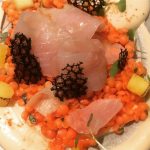