A few weeks ago, I wrote about how WeWork, the office leasing startup, had run into issues with their valuation as they went on the road to present to potential investors ahead of their IPO. Reports from the Wall Street Journal and other financial publications suggested that the company may have had to slash their pre-IPO valuation of $47 Billion in half, if not more. Since then, things have gone from bad to worse within the company. Today, the parent company of WeWork filed to withdraw their IPO, ending a very difficult multiweek process for the company. Since the time of my last blog post, the CEO Adam Neumann was publicly ousted from the company he founded after their main investor SoftBank and the broader market lost confidence in the young and eccentric CEO. Many potential investors voiced governance concerns with the company, as Neumann gave himself so many super majority shares that he alone could remove and replace the Board of Directors at will, not to mention the concerns I raised in my previous post. The company is now being led by co-CEO’s Artie Minson and Sebastian Gunningham, who are evaluating where to move the company from here. Reportedly, the management team is considering mass layoffs, selling the firm’s private jet, and putting three business units up for sale. The company on June 30th had roughly $2.5 Billion in cash and equivalents, but is burning through approximately $700 million each quarter. Management will now be tasked with a way to stop this bleeding, as the company was hoping to raise $3 Billion from the IPO, as well as a $6 Billion loan agreement from financial institutions, however this deal was contingent on a successful IPO. As a result, the company is scrambling to find sources of alternative funding to help strengthen the core business. In their bond issuance last year however, the company agreed to a covenant that they maintain a cash position of at least $500 million. As a result, bond yields on the companies loans due 2025 plummeted to $92.70 as yields rose to nearly 12%, levels only seen by the riskiest of corporate bonds currently. It is unclear the strategic direction the company will take, but looking into the future, the events of the last few weeks will surely go down as one of the most monumental failed IPO’s in history. 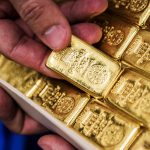